Picasso’s Women, Theatre by the Lake

There were, of course, many more than three women in the life of Pablo Picasso. But the tragic, heart-wrenching stories of just three are more than enough to take us into the destructive and selfish psyche of the artistic genius.

Each holds the stage for their own monologue of love, cruelty, deceit – and self-deception, and what a one-night treasure this proved to be for Theatre by the Lake and Flying Elephant Productions. 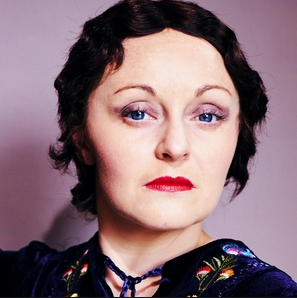 This version, co-produced by Redgrave with Marcia Carr, was launched at the Edinburgh Fringe in 2018 after the play had premiered at the National Theatre in London in 2000, and arrived in Keswick following critically acclaimed, sell-out tours of London and the south.

It’s a fascinating and revelatory exploration –exhumation, even – of the painter’s early life through these voices of wives, mistresses, muses, each convinced that she alone is the love of his life.

Tragic Marie-Therese is already familiar with abuse when she enters Picasso’s life. Worldly-wise Olga, with more than a hint of humour about her status, married Picasso on the eve of the 1917 Russian Revolution and defiantly refused a divorce before she died…in 1955. They had met through Sergei Diaghilev while Olga was a dancer with his Ballets Russes company; his paintings of her morphed over the years into some kind of surreal monster.

Picasso, of course, had many other lovers in between those years, of whom the teenage Marie-Therese is surely representative. Playfully naïve, she’s nevertheless smitten by the attention of the great artist.

There’s wit and worldly insight alongside idolatry and character  assassination in this elegant and meticulously crafted script, each actress giving a tour de force performance that holds the audience spellbound. But delicately done; it’s not an attempt to demolish Picasso’s reputation, more to highlight the many flaws of a genius.
Flying Elephant Productions are proud that Dame Judi Dench is a Patron of Picasso’s Women along with Toyah Willcox and Professor Elizabeth Cowling.